Now  the third Island of Hawaii explored, the "Big Island" in Kona, home of the two most active volcanos in the world, Kilauea and Mauna Loa. This Island was a total contrast to the other Islands, as all you see here is Volcanic landscapes and active and Inactive Volcanos and instead of brown dirt and greenery, all you see is black volcanic rocks for miles on end which forming diverse, interesting landscapes. 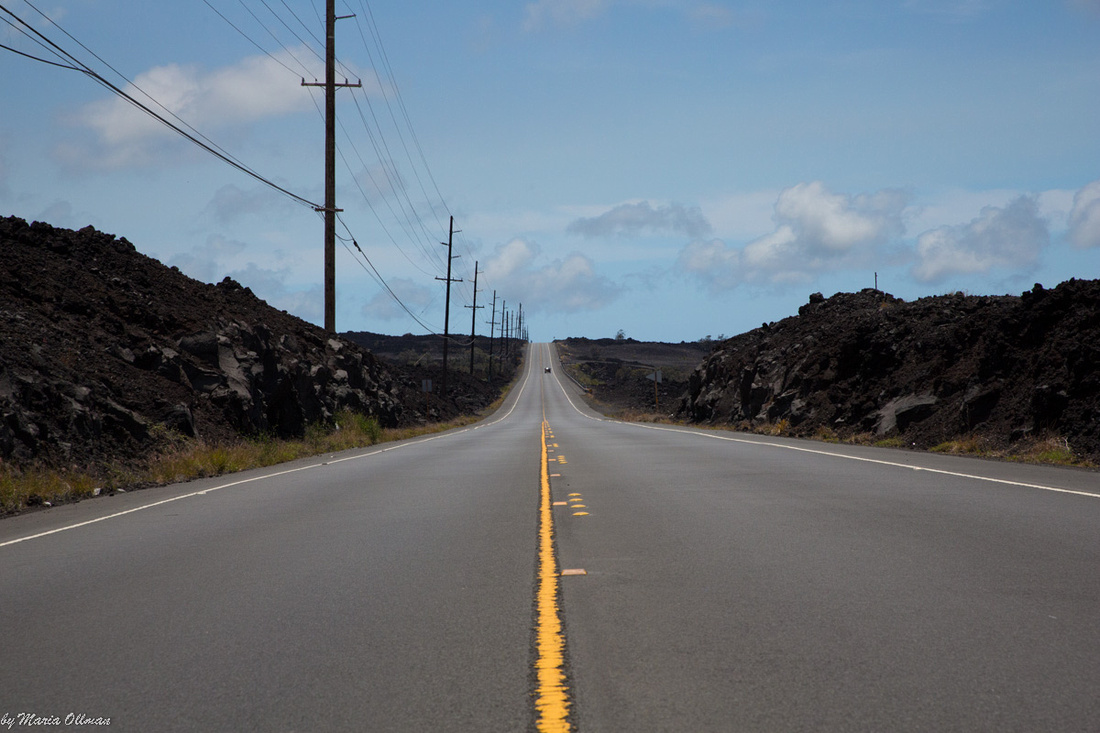 There are red and black sand beaches like the Punalu'u Black Sand beach. 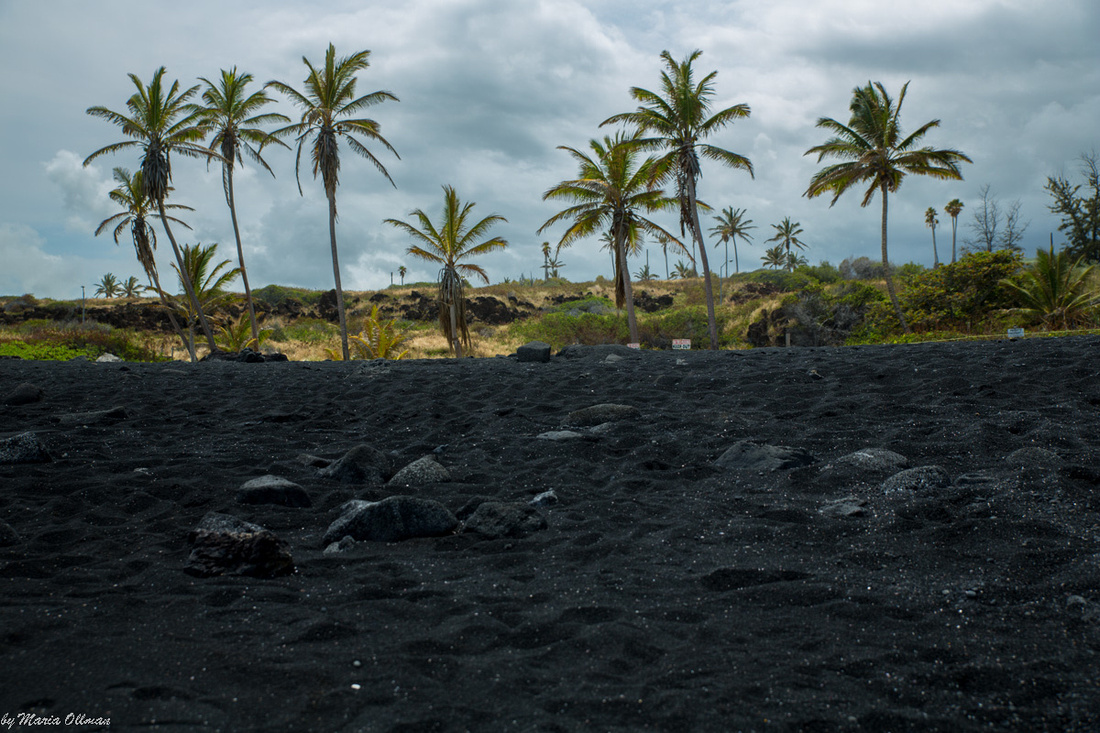 Travelled the 11mile Crater Rim Drive that loops around Kilauea Summit, we stopped to have lunch on the edge of a crater, overlooking the Kilauea Caldera Volcano, what amazing views of the Halema'uma'u Crater with a lava lake churning 300 feet below, its steam vents blowing up into the sky! It was in Kona that the first mishap happened, where the car tyre got slashed on a sharp volcano rock in the middle of nowhere but we got out of it alive. 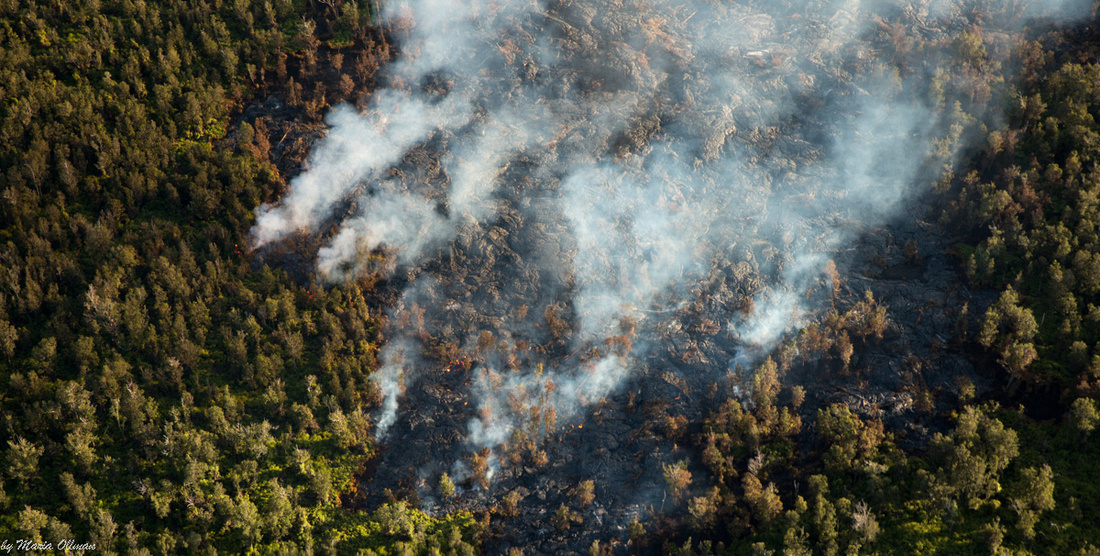 We took the helicopter tour to experience the lava on the active Volcano and I was disappointed as it was nothing like the advertised photographs, showing the red hot spewing lava running into the sea, so I felt misled, but I did see a bit of active lava from way up in the sky while on the Helicopter! 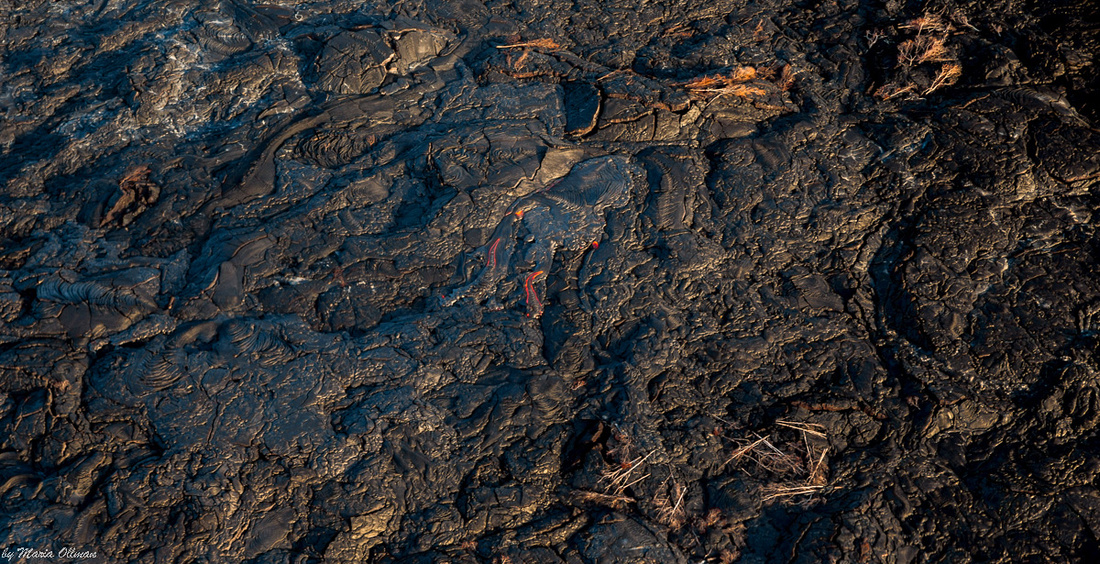 Kona has a beautiful curious green and yellow lizard that loves to look at people pass by and also the cute Mongooses that were just too fast for me to photograph! Visited the Akaka Falls below: 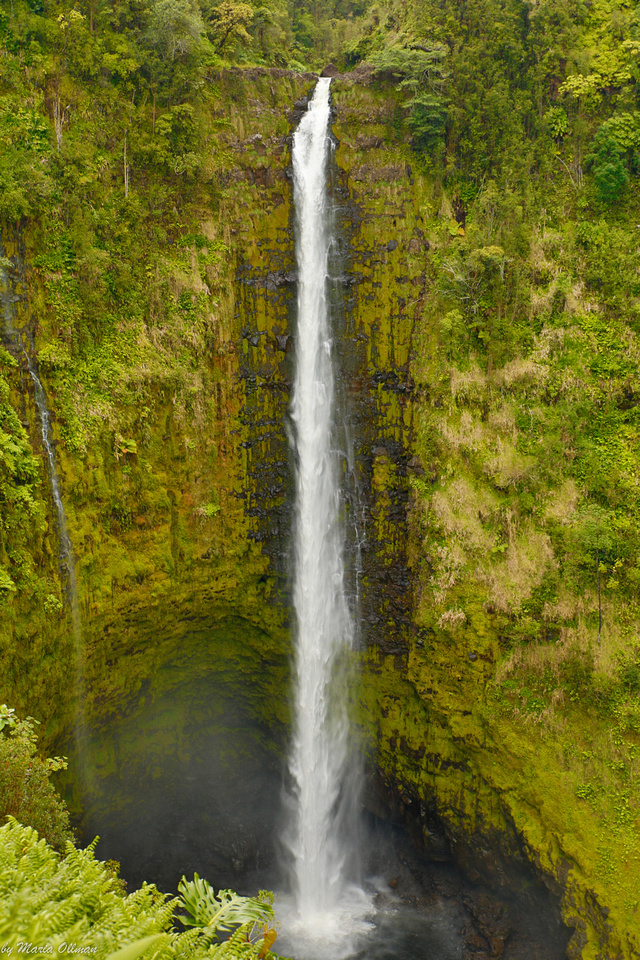 Rainbow Falls to the West of the Island in Hilo as you can see, they actually have a Rainbow! 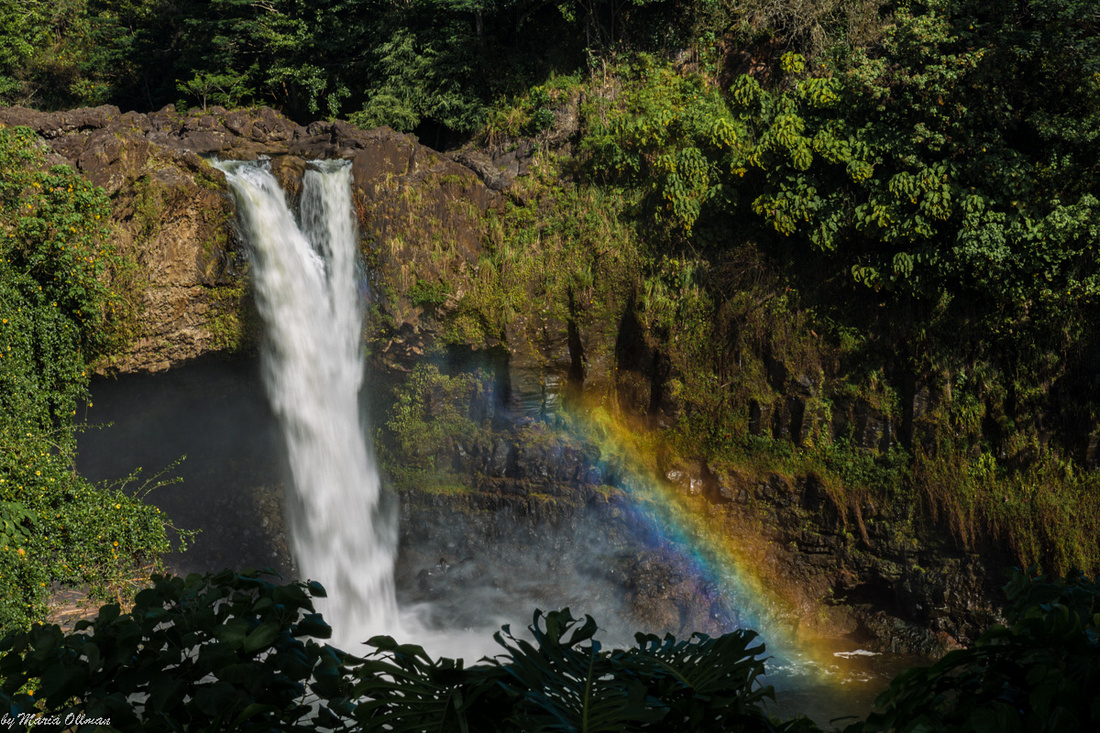 Hope you enjoyed! Don't forget to give me feedback and post comments!